Bards Of the Blogosphere:Week-3 Chapter 7 -.The Catharsis #Celebrateblogging 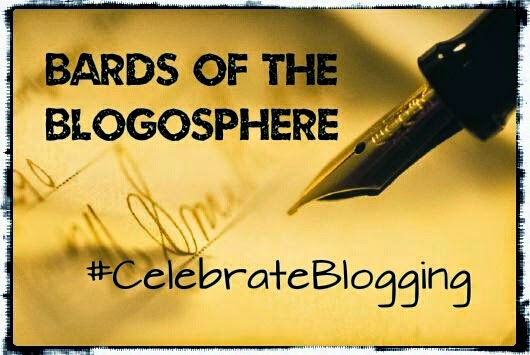 Please Note: This is the seventh chapter for week 3 in the "Game of Blogs" for the team "Bards of the Blogosphere." #CelebrateBlogging

Read the previous part of the story here

"Just....Just do not harm my baby...please...I....I beg of you." said Tara. There are moments when you cry but then their are moments you are beyond sorrow. You are numb, numb thinking of the inevitable. Numb thinking that your whole world is crashing down infront of you.

Ahuja looked into Tara's eyes. They were devoid of sorrow, they were just blank, staring at him. Pleading but not pleading to him for mercy. He remembered his eyes. His eyes when they were tired of crying, tired of searching. Accepting yet not accepting the inevitable. Hoping yet not hoping that Priya, his Anupriya will return and return one day with the same smile, with the same innocence. He saw, in front of him two visions, one had Priya locked up, all bruised and devoured in a brothel, her eyes telling the gloomy tale of a lost innocence. The other vision had her shrouded in a white sheet, sleeping in peaceful anonymity in a morgue. He hoped and prayed that the first vision should be true when he will again see Priya.....at least she will be alive. He felt numbness creeping out, he felt humanity seeping in but that was just a momentary fluctuation from the beast that he had become. He now wanted to live, just wanted to burn everyday, to wipe out everyone, to avenge Priya. This lady, the editor Mrs. Tara Dutta, for her Priya was just a news bite. Now she will understand that daughters gone dead or missing are not just mere news and increased TRP. It is the most heavy burden you have to live with. It is the world's most heinous joke on humanity.

"Do not harm her you are a father too..." cried Shekhar, momentarily forgetting the pain he is in.

"No, Mr. Dutta I was a father now I am not. I will just sit back and relax, having my morning cup of tea and casually referring to your daughter's death, shaking my head with a momentary frown and get over it. That is what we do best Mr. Dutta we get over it, we move on. In this country of 1.2 billion it is the Human life which is the cheapest." said Ahuja as a matter of fact.

"So, you will be the demon too." said Jenifer looking straight at Ahuja

"So, you will be the demon too. The same demon who devoured your daughter. Won't it make you a person feeding himself on his own flesh and blood?" said Jennifer, this time in a prominent low tone.

"Lady, no one even blinks an eyelid even if I massacre you all. My Priya went away did you all care? Why should I care if this little speck of your daughter dies? The only thing I care for is to avenge my daughter and for that I need to be a free man and this girl is standing in the way of me and my freedom."

"And you will gain freedom through this massacre....You will get Priya back by killing Roohi. But are you sure that Priya will love to see her father's hands blood bathed with the blood of another innocent life? How much did you care for Human Trafficking before your Priya was trafficked. How much did Priya knew of her fate? How much life did she live before being thrown into a life worse than death? What did Priya do to deserve such a fate? What about her dreams, her aspirations, all set null and void just because she, for some people was a piece of flesh? How much does Roohi know about trafficking? What is Roohi's fault in the fact that she is lucky not to have faced the same fate as of Priya?  Look at her, What wrong she has done? She was at the wrong place at the wrong time just like Priya was. What has she done to deserve her all dreams and aspirations squashed just because of some maniac's misplaced sense of judgement? Do you really think killing her will give you peace? Do you really think that you will kill a few and all will be rosy once again? Ages have passed, prostitution and slavery are the oldest business. What needs to be killed is the tyrant in the man and not a few people who fall prey to their internal demons. Look where you are standing! Trotting a gun and feeling all powerful, feeling all Tyrant. This, is why Priya had to face the fate because whosoever has the upper hand becomes the tyrant. You are the same demon who devoured Priya. Now go on devour Roohi, devour everyone, devour yourself. It is the darkness in humanity that needs to be killed to avenge Priya and billion others who fell prey to Humanity's love for tyranny."

" I am not a social worker....I will just avenge my daughter..." said Ahuja

"Then where lies the difference between those wolves and you. If the victim will not empathize then who will. If you do not understand then who will. Look at Roohi's parents, you, are creating another mirror image of you. You are infecting them with the same poison that is feeding on you. You are going deeper into the abyss and the deeper you go, the more you go away from your Priya. You become the tormentor and she becomes the victim. Look where you are now. Look into the mirror is it really you or something else."

"I....." that was all Ahuja could say before turning his head up. Tears came out of his eyes and were now flowing as a torrid stream. Something snapped in him. He remembered Priya and somewhere he felt so away from her. He felt that she was a stranger peeping in his dark room with curiosity and fear mingled in his eyes. He could not reach her, he could not touch her. He felt uncouth, he felt dirty. He fell upon his knees and cried silently. The tears he never shed were now shed and he let it out silently. It was as if he was reborn somewhere in some other dimension where his daughter could again be the reason of his joy and not his gloom.

"No matter how far you have gone on a wrong road, turn back." said Jennifer placing her hand on Ahuja's shoulder.

Ahuja remained there, still with head bowed, his hands still clutched the gun but Jennifer did not remove it. It was no more needed. She knew that this man meant no harm, he can't mean harm. Tara called the ambulance in a rush while Shekhar laid there in pain but with content eyes.Roohi snuggled closely to her mother while running hand on her father's head. She was safe but she grew up all of a sudden. Somewhere deep down the "Princess" died a little.

Read the next part of the story here

Me and my team are participating in ‘Game Of Blogs’ at BlogAdda.com. #CelebrateBlogging with us.

Popular posts from this blog

- August 15, 2014
When I first stepped as a nervous newbie in that school little did I know how far will helping others take me. My first day in a new school and a new city was horrible. I joined mid session in the month of  September. On the first day as I entered the class all the kids were playing as the assembly bell was yet to ring. I was all of nine and half years studying in 5th Standard. After assembly I was introduced formally and was made to sit in a bench in the last rows because of my height. The first day was: Me smiling a friendly smile at all. All frowning back at me. This went on for a month till the mid terms I used to sit in a corner and quietly do my work. The Mid Term elevated my status from a "New comer Nobody" to "One of the Toppers Somebody". Atleast people didn't frown the just returned my smile with a blank stare. Then that day came: One of the classmates accidentally dropped his tiffin and I quietly forwarded my tiffin and said him to have it. He had his
Read more

Calcutta: The Love and Hate Relationship 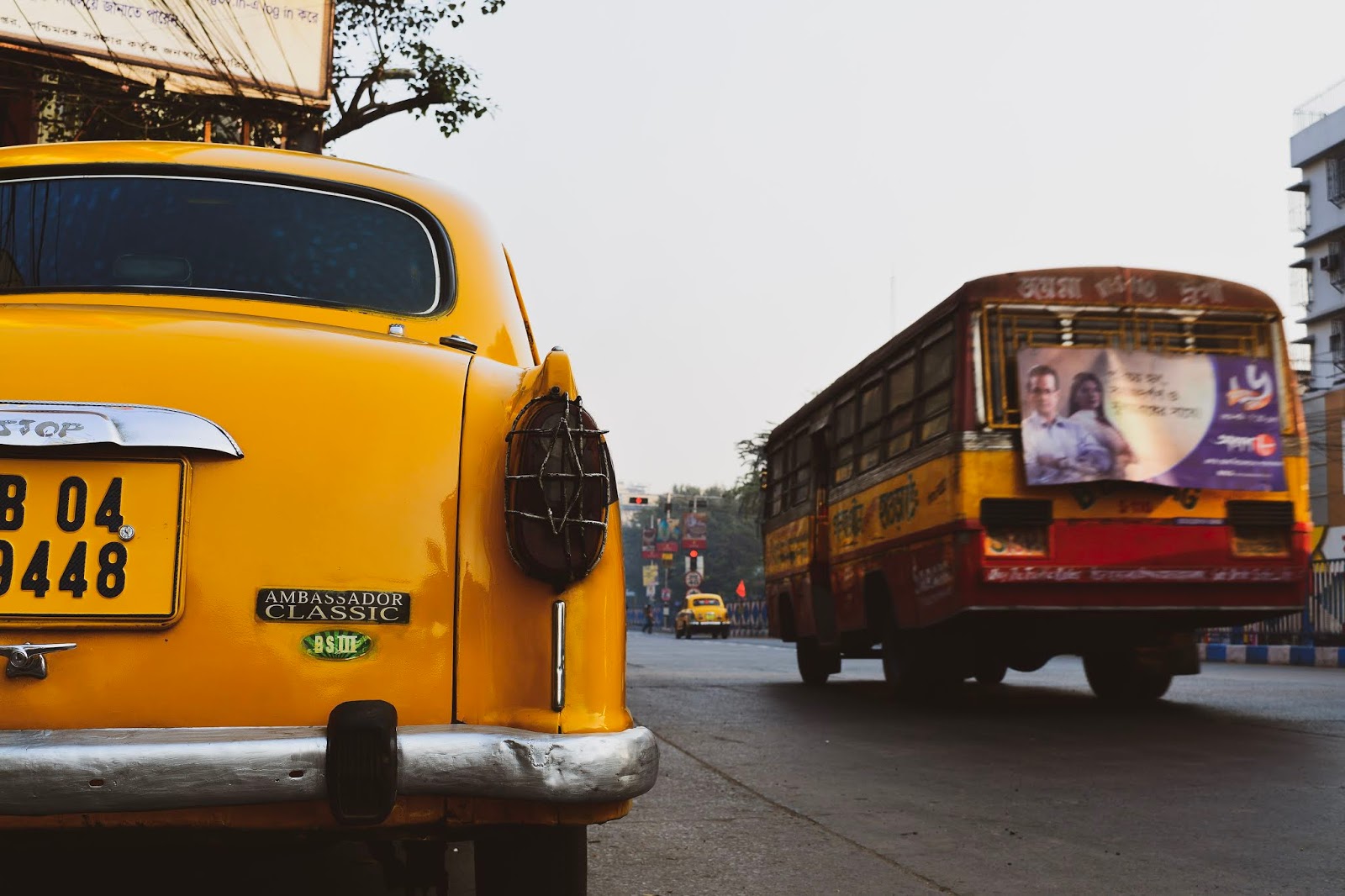 The maroon-red bus halted with all it's enormity catching me unaware and overwhelming me at the same time. A lanky, dark and handsome looking young man dashed out of it and shouted nonchalantly "Harrah-Harrah-Harrah" followed by a few more mouthfuls of chewed and spitted out syllables that refused to find any coherence in my ears. He looked at me, questioning my intent. For him the only intent mattered was whether I wanted to board his already overflowing bus, beyond this intention all the human form was lost in oblivion for him. I froze and stood still, unable to move, caught in a self created chamber of claustrophobia. This repressing feeling of in a constant claustrophobic state first hit me when I set my first foot out of the train, into the Howrah station. I felt my walls closing in and crashing into each other creating a powdery and flaky wave of concrete. The sole reason I was in the city was because of a last name bestowed on me before my birth and th
Read more

My Sky is on Fire The earth is not my abode Hither I wonder Remember I am the Vulcan Thrown out of heaven Still too proud for the earth.
Read more